Militarism the whole family can enjoy

Local authorities have become the military’s promotional agents and recruiting sergeants. This article was first published in The Morning Star.

What would Lennon do on Liverpool’s Armed Forces Day?

"Peace is possible, and it isn't just inevitable to have violence... so advertise yourself that you're for peace if you believe in it." Imagine John Lennon alive today, with a ticket to ride back to his hometown, Liverpool, on 24 June 2017, the day that the city hosts Armed Forces Day.

Let’s Give Peace a Chance on Armed Forces Day

Armed Forces Day is on Saturday 24 June, or 17 June in some places. Over 350 events which package war as entertainment with military vehicles, weapons and recruiting stalls will be taking place across the UK. The national event is taking place in Liverpool. Here we list alternative events that are challenging the militarism of Armed Forces Day with vigils and events promoting peace.

A brief roundup of manifesto pledges on defence and security and some questions for your candidates on their support for a more sustainable and ethical security policy, one that does not result in the promotion of military intervention or military interests within education and civil society.

Do You Know The Agenda Behind Your School’s STEM Provision?

ForcesWatch and Scientists for Global Responsibility

The military and arms industries are putting large sums of money into our education system and into STEM educational material for schools. Science4Society Week is a chance to focus on learning from less destructive employers.

Our petition lodged at Holyrood along with Quakers in Scotland on military visits to schools has taken a significant step forward.

We report on the recent debate in Parliament arguing that the age of recruitment to the UK armed forces be raised.

The militarisation of schools

The UK is one of few countries that allow minors to enlist. Despite calls to cease the recruitment of under-18s the Army is digging in to hold its ground.

Army life: the other side of the story 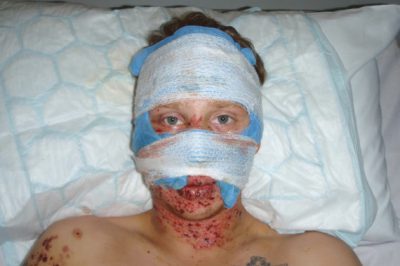 Telling adolescents that they can resolve their need to belong by joining the Army is simplistic and one-sided. The reality is many aspects of army life are potentially harmful, especially to vulnerable individuals. The other side of the story needs to be told. This is a longer version of an article first published by The Huffington Post

Enlisting at 16: the other side of the story

This series of 2-minute films by Child Soldiers International give a powerful insight into the reality of signing up as a young recruit, how training brutalises young soldiers and the long-term harmful effects of training and combat.